One Year in the Arctic Wilderness

One Year in the Arctic Wilderness 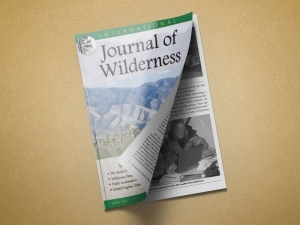 Mark Evans wrote this article in October 2001 when he was preparing for his departure to the Arctic. A six-week expedition to the Arctic in 1979 with British Schools Exploring Society (BSES) proved to be a truly life-changing experience for Mark. As a teacher of 14 years and ex-Outward Bound instructor in Fort William and Kenya, Mark is committed to the developmental education of young people. Mark has spent over two years of his life living in tents, during which time he has taken over 100 young people to witness and live in the Arctic wilderness. In addition to leading two three-month expeditions to Svalbard for BSES in 1992 and 1996, Mark has completed a 530 km (330 mile) crossing of the Greenland ice cap, crossed the uninhabited Melville Island in Canada’s Northwest Territories, and skied to the magnetic North Pole